Gordon’s traditional Hawaiian shapes are widely appreciated. This bowl is an umeke shape.

`Umeke `ai is an honored implement in a Hawai`i home, for through the ceremony of eating poi one at a time from the bowl at the center, the traditions and protocol of Kanaka Maoli is maintained. The `umeke `ai filled with kalo (taro) is considered the means of survival of the people of Hawai`i Nei.

`Umeke la`au is the Hawai`i name for these containers or calabashes of wood, which were used for the storage, transport and serving of food in various stages of preparation.

Acacia Confusa is an attractive, yellow-flowered shrub that grows in Southeast Asia. Acacia Confusa is actually native to the northern Phillipines, China and Taiwan, but it has been introduced to other areas including Micronesia and Taiwan. Reaching heights of up to 4 meters in its native environment, Acacia Confusa is also known as Formosa Koa or Philippine Acacia. Confusa reportedly contains powerful antioxidants and is used to treat blood disorders in traditional herbalism where the plants naturally grow.  Although not as well-known as its close relatives such as acacia maidenii and acacia obtusifolia, acacia confusa makes a great ornamental plant. The pom-pom-shaped flowers resemble those of the mimosa genus. 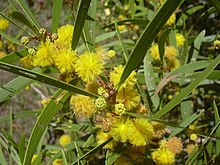 The dimensions in the item description are for the bowl itself; dimensions under ‘additional information’ tab includes packing size when this item is packaged for shipment.

Please take good care of each other. Be well, stay well, aloha no.